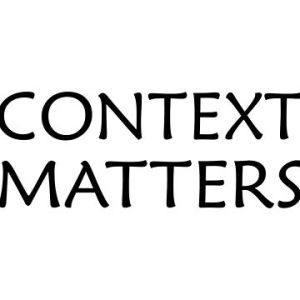 An article recently appeared on the Catholic.com website that responds to my article, “Early Church Evidence Refutes Real Presence.” The article was written by Catholic apologist, Tom Nash, who posted it in the website’s online magazine section. Here is a link to the article: The Early Church Believed in the Eucharist

My article, “Early Church Evidence Refutes Real Presence” is a contextual approach to the early church writings. The article was written in 2009. I am currently working on a new revision to the article that will provide more background on the writers, an even more comprehensive look at what they believed about the eucharist, and a couple additional works that lend well to the topic, but carry with them a level uncertainty as to their dates, which of course will be fully disclosed.

It is my opinion that Mr. Nash did an inadequate job of refuting the conclusions of my article since he failed on every point to incorporate any context. Essentially, Mr. Nash relied on isolated quotes to suggest to his readers that what these quotes say sounds very Catholic. On that point I agree. It’s the reason why Catholic Answers lists strings of them without contextual support. But to me context is everything, and I am certain that every other fair-minded individual out there would agree.

END_OF_DOCUMENT_TOKEN_TO_BE_REPLACED

If you are considering Catholicism, consider this first.

“If anyone comes and tells me they’re the church and I know that they’re not teaching the same thing as the church of 2000 years ago then I know it’s false.” (Dr. Sungenis)

The above quote is the philosophy of Catholic apologist Dr. Robert Sungenis who made this comment during a debate with Evangelical apologist, Matt Slick this past July.

Apparently Dr. Sungenis never applied his philosophy to his own beliefs, because if he did he would find his own church to be false. This is because none of the “oral [T]raditions” of the Catholic Church that Catholics are required to believe were known in the ancient church nearly 2000 years ago. And what are Catholics required to believe? Dr. Sungenis answers that for us:

“Any oral teaching inspired by the Holy Spirit to the apostles is our Oral Tradition that we must be obedient to.” (ibid)

So for anyone that might be considering joining the Catholic faith, here is a non-comprehensive list of doctrines Catholics are required to believe that did not exist in the apostolic and Ante-Nicene church; doctrines that according to Dr. Sungenis, were received by the apostles from the Holy Spirit and passed down to the church by oral tradition.

I would love to hear from Catholics on this, especially apologists. Is Dr. Sungenis wrong, or is the Catholic Church teaching false doctrine?